“…round and round…” Well I am not sure that it was rock art doodles that the 1980’s songstress Belinda Carlisle was referring to or whether she  was an enthusiastic rock art hound and despite her name she was probably not from Cumbria.

However, out here on the sand there are no boundaries limitless space with far horizons leading the eye to distant lands and letting the mind wander. An inspiring place a blank canvas – moved by  to leave a mark – perhaps the same feeling as that which drove prehistoric man, on finding a smooth tactile rounded slab to peck some cups into into its surface.

Seen across the Solway Firth distant Dumfries and Galloway, hilly territories marked with cups and rings. Perhaps travelers from Ireland across the sea, to this island in Neolithic times following the coast and estuaries, eventually making their way up to Eden. But here in the Cumbrian Mountains the cups have no such rings, another tribe, another time – the cup makers?

The small depressions where razor clams live starts things off – a pleasing pastime engrossing and mesmerising, had it been a warmer evening there might have been many more.

The casts of worms and hollow of clam guiding gatherers to what lies beneath this surface,

From present to prehistoric, people have wandered these strands – searching.

The foot print, a temporary mnemonic of people’s passing.

Walking, back in time, from three million years

Nearer in time and place.

Wildfowl tread lightly, tiptoeing across the sand, more food for hunters past. 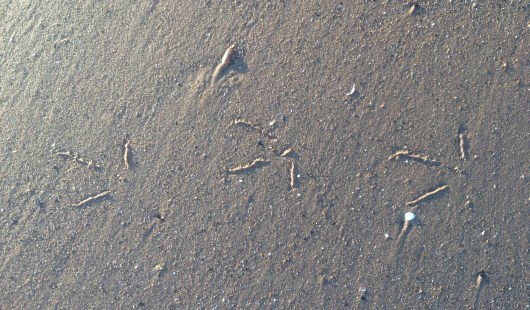 In the distance, shingle banks, source of flint to tip their fowling arrows. 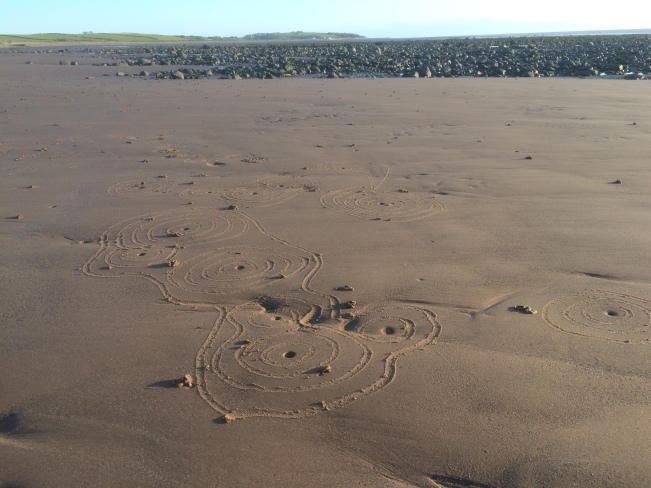 To the tidal rhythm of the moon, time seems more fluid here, like the sculpted waves transiently formed in crunchy crystaline sand.

To rivulets returning to the sea.

Amongst them, set silicate – flint from the sea floor. 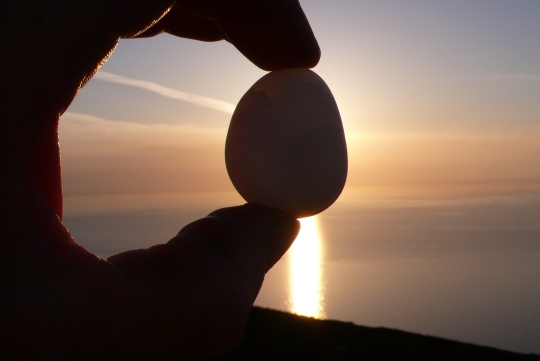 Collect the colours, toffee to purple to grey to black. 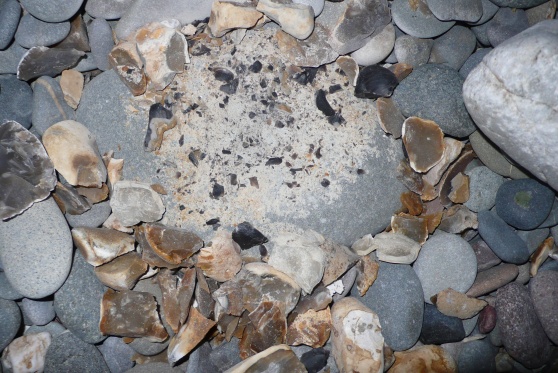 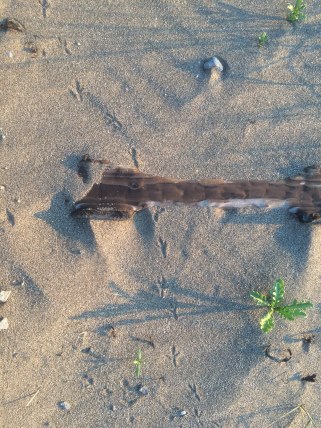 A bird wanders off, no arrows here today 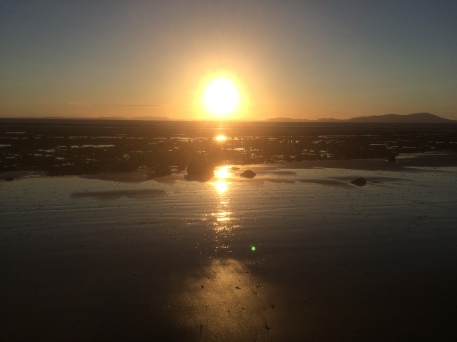 The ancient footprints made in soft esturine silt or mud that hardened and was covered over with further sediments have now been identified in several places in Britain and across the world the most famous of which  were the Laetoli footprints, over 3 million years old and discovered by Mary Leaky.

There are doubtless many reasons and uses of what have become known a portable cup marked cobbles, but the finding of “anvil stones” in seashore contexts leads one to the conclusion that these were part of the primary seashore knapping process; like this one found by Morcambe Bay Archaeology Society. Other examples can be found in the Transactions of the Cumberland and Westmorland Antiquarian and Archaeological society.