A survey in two halves.

Carrock Fell on  the north east flank of the Cumbrian Fells has a rough crown of rocky ramparts encircling its summit; a prehistoric enclosure overlooking the expanse of the Eden Valley, the Neolithic nexus of North West England. 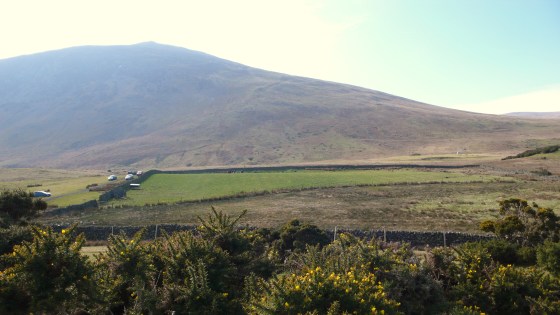 At its foot lies Caldbeck Common, a landscape strewn with glacial debris and the bouldery tumble from its gabbro crags. Miners have disturbed this debris in extracting the lead ore, mounds of glacial gravel have been quarried for road-stone, yet amongst this industrial intrusion into this land still nestle prehistoric enclosures, settling back into the earth, and burial cairns thrown open, stripped of their contents to now resemble ring-cairns.

East of the wall; marking the land again.  Only recently here, the gaze has been drawn away from monumental mounds to the more prosaic remains of pastoralists. 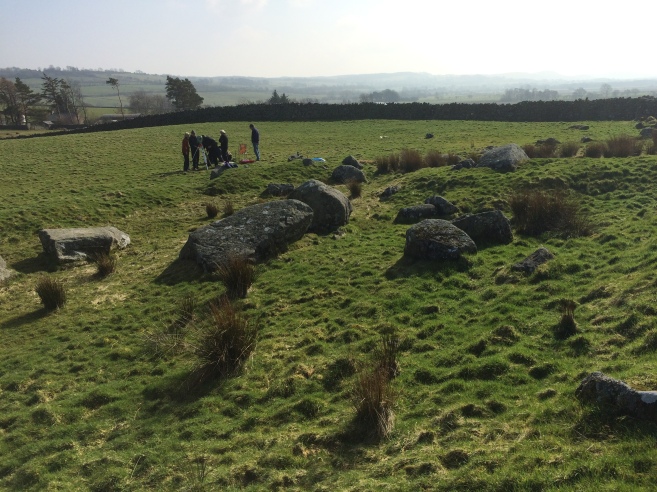 The enclosures incorporate megalithic elements, happenstance or planned, boulders in banking; in the centre 5 ton rocks, dragged from the field on sleds by oxen in post-medieval times or part of the original form?

The intake wall bounding the common is built on something older; the embankment that once divided the prehistoric enclosure now reused to form the new intake enclosure of the meadow dividing it from the rough grazing of the common.

The lazer shoots from here – 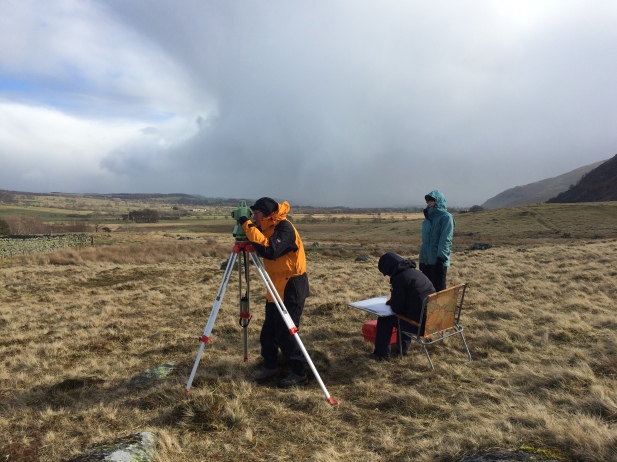 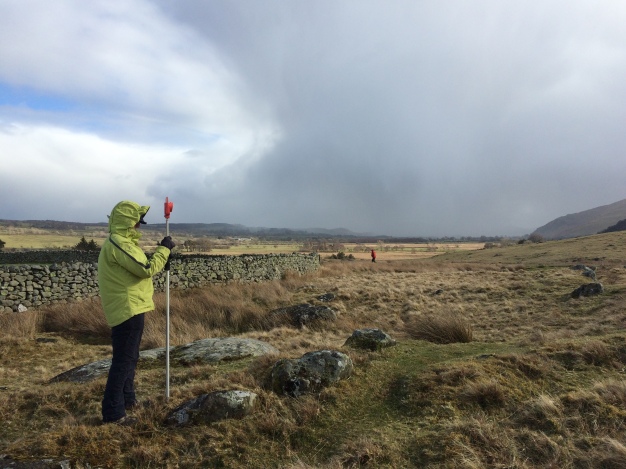 Backs to the wind

Shelter from the rain.

Notes: This enclosure was found recently along with other features by Tricia and her team in a walkover survey of  Caldbeck Common carried out by the Lake District National park Authority Archaeology Volunteer Network. It’s period is debatable but it is most likely to have its roots in the Iron Age period.The area has much else in the way of prehistoric archaeology to explore in the well named locale of Weasel Hills just to the north. The enclosure on the summit of Carrock Fell, once considered to be of Iron Age date is now considered to be Neolithic; so at least a couple of millenia older than formerly thought and so contemporary other Causewayed Enclosures  such as the Cornish Carn Brea and with that nearby at Green How.