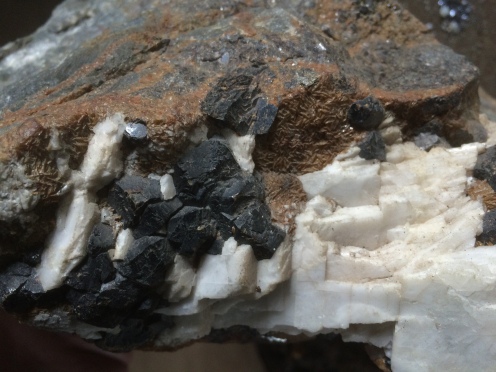 From Mines Royal to motionless museum, a near half millennium has passed,

Still sheep graze on grass above this deep dark mine. 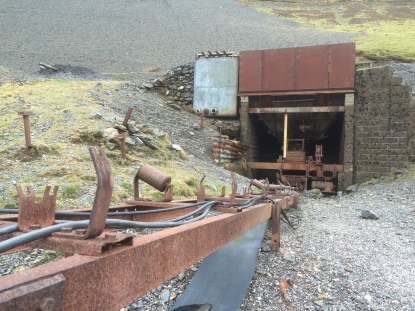 White eyes in smudged faces emerge into the light

Worn through the layers to rings, contours of a mountain?

No current flows today, drawn from the beck head

Into the hollow drum of the ball mill. 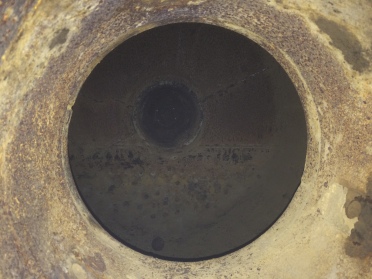 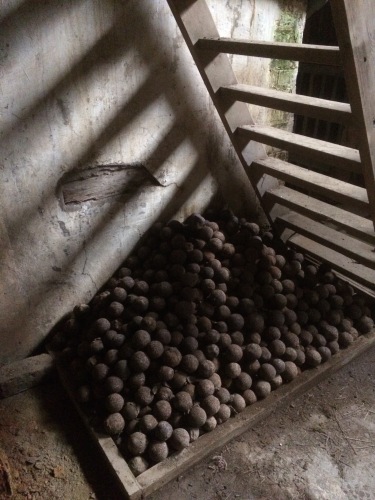 To flotation tanks of foaming minerals,

Skimmed, dried and gathered by the scavenger cells 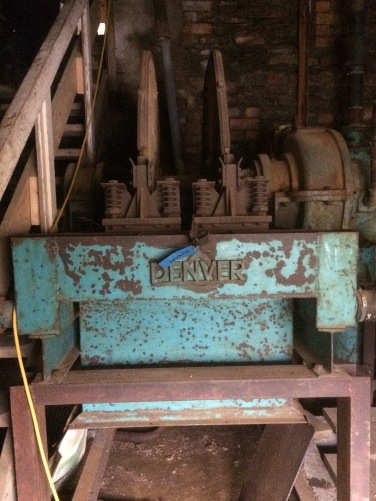 Notes: This tour was organised by the Lake District National Park, thanks to Joel Ormond for giving us a grand tour! 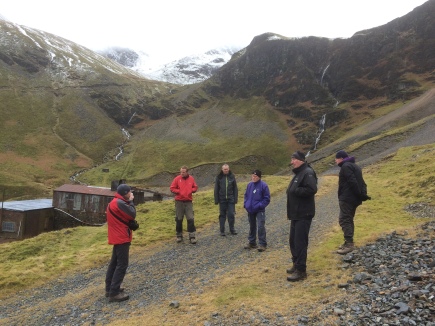 Coledale Mine was worked from Elizabethan times, by German miners employed by the Mines Royal, and finally ceased work in 1992 when it was gifted to the National Trust. The machinery was to be scrapped until it was realised that this was probably the last remaining example in Britain and so it was all brought back and reassembled! The processing mill must have been an extraordinary dusty and noisy place to work and serves a a tribute to the fortitude of the men who worked this site over the centuries. It latterly it was worked predominately for its Zinc and Barium bearing ores but was also mined for lead and silver in the past. The vagaries and fluctuating fortunes of mining meant that it eventually closed due to a roof fall which buried the loco and was the final straw. These mines were thrifty places and there was widespread recycling of metallic items and power provided by hydro-electric turbines latterly, indeed much of the machinery present still dates from the 1920’s.