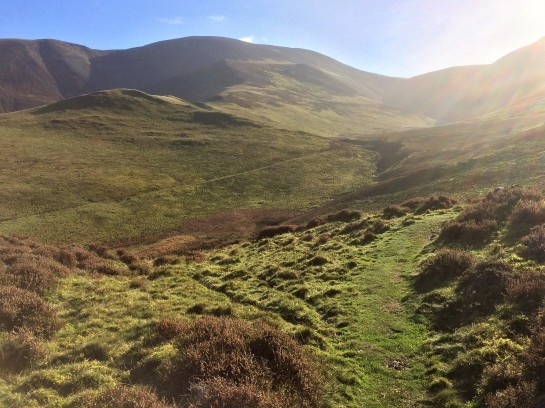 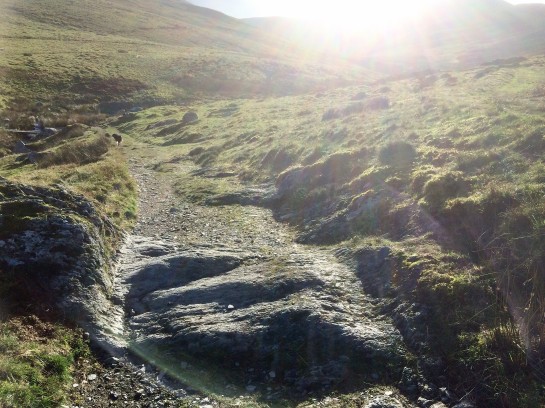 Below the broken grey blocks, Watches,

Quarried lintel and quoin for house and farm,

Eyes up, sharp lit Kiln Pots and The Edge. 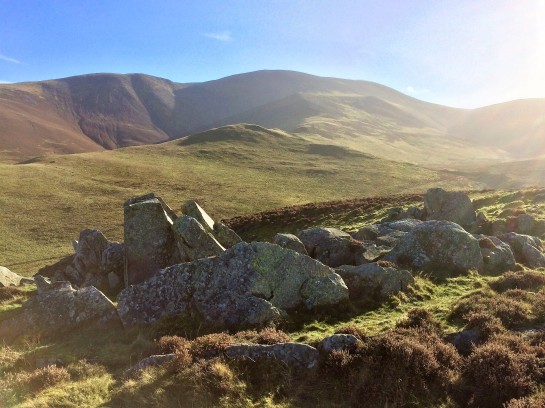 The sled-gate road rises over the tawny sedge,

Hollow ways fall from the fellside 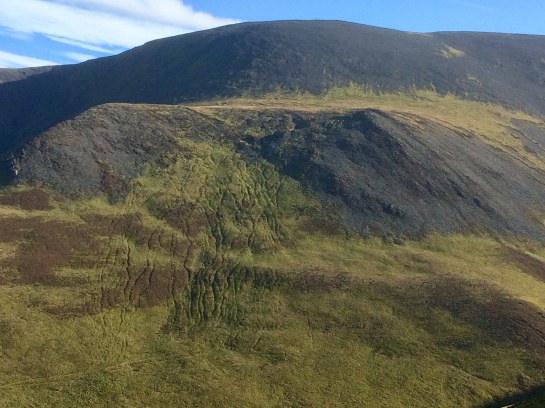 Remnant of the rock running slaters,

Loping down the rushing scree

Slate laden sleds behind them,

Morning mist draped over the tops 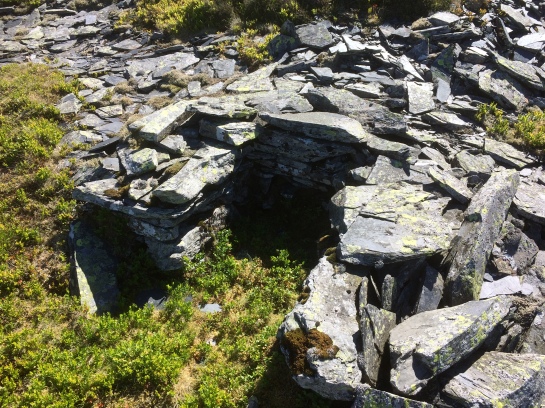 The “old men” in kytel coat 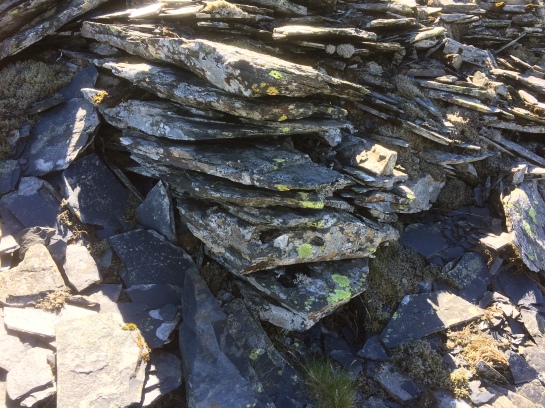 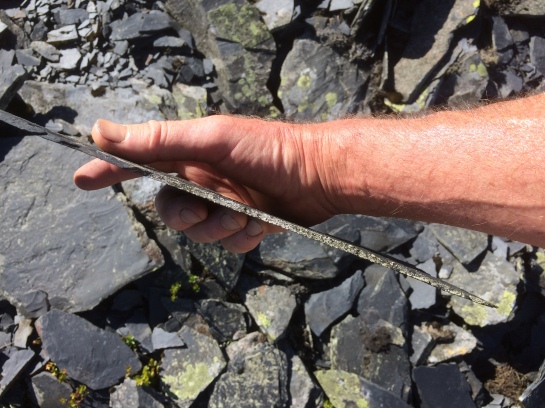 Dressed with whittle and anvil, sheltering 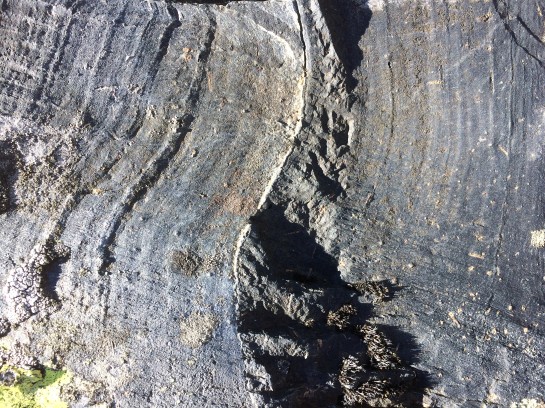 Skiddaw Man, time out of mind,

Feint footings by the cairn, 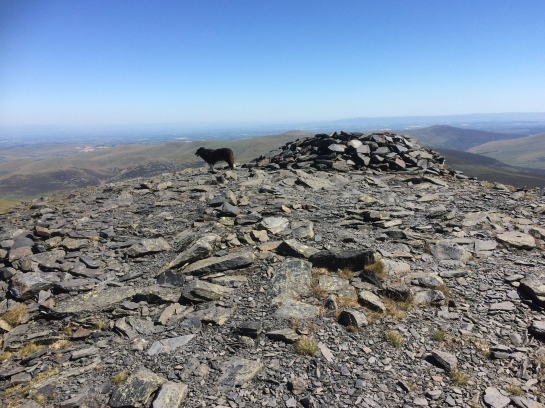 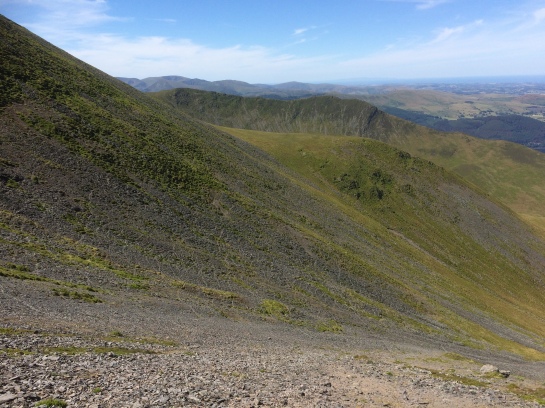 Echoes of Peninsular Wars, of Succession, 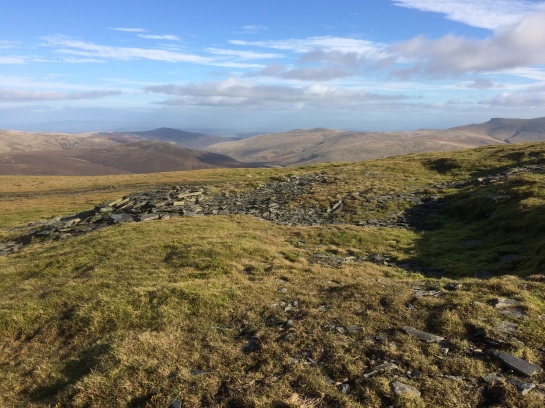 Across the mired track, into the mist, 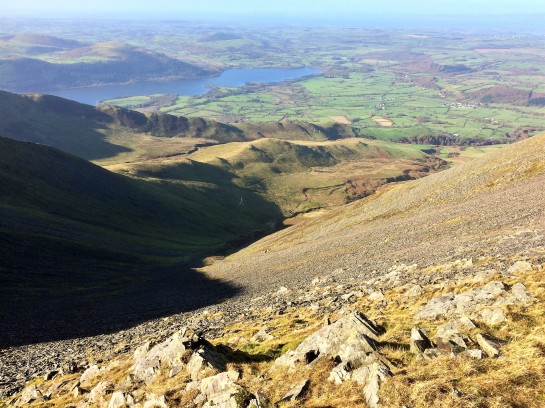 Like several ancient slate quarries, the workings on the edge of Randal Crag Terrace became evident when the sled runs were exposed in low oblique light. I have as yet found no reference to these quarries in the literature, for those interested the books of Ian Tyler, Alasdair Cameron and John Adams amongst others provide a more in-depth research into the subject of Lake District quarrying and mining. There are other slate quarries on the Skiddaw slate series but none at such altitude, the main workings are at between 650-700 m although the trials adjacent to Gibraltar Crag are at about 850 m AOD making them the highest slate workings in the Lake District, perhaps why they were not developed further. Despite this there are extensive areas that have been worked as hollows or “open top” delphs on the terrace and more developed quarries on the steep scarp slope of Randal Crag.

Some notes on terminology: Old Men was a miners term used for the early miners. A river was a chisel used to split the slate along with a mell which was a hardwood mallet, sometimes iron bound. Thus, the river or splitter splits the slate and the dresser shapes it with a dresser was someone who finished the slates with a whittle and slate anvil. On workings of this scale the job of the river and dresser were probably merged. A clog was a very large lump of slate. A tully was similar to a wood splitting axe with a blade on one side and sledgehammer head on the other, for breaking the clog into manageable lumps. The trail barrow was a sled used to transport the finished slate down the sled run to the loading dock where they would have been transferred to a horse drawn sled or cart. Horse drawn iron runnered sleds were often used in the fell country as they were more stable than carts on the rough and steep terrain. A kytel coat was a heavy cotton working jacket. 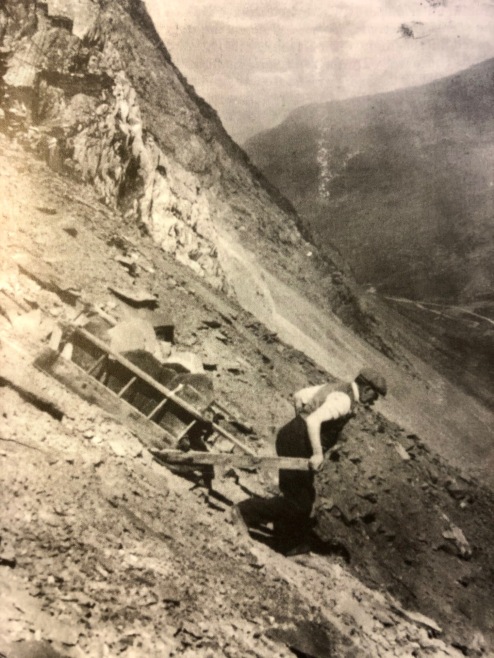 Finished slates being sledded down Bull Gill, Honister in a trail-barrow

Whilst these workings were likely to be worked on an intermittent basis and given the exposure not worked all year, this would have been a hard life, with little shelter whilst quarrying and only an open fronted riving shed for shelter when sat on the ground splitting or dressing the slate. In this instance all the production would have taken place on the fellside so no unnecessary weight needed to be taken down the sled run, of course the sled then had to be dragged back up the scree. There is no bothy apparent at the site so it must be concluded that they walked up to work here every time they quarried some slate.

The period of activity of these quarries is uncertain however there are certain indicators that suggest these are quite early workings. The workings are relatively small scale, so likely to be pre-industrialisation, also the track that used to go down Barkbethdale had an enclosure wall built across it by the 1862 (1st Ed OS) so would not function as a track. It is quite probable Gibraltar Crag was named by the slaters working the trials there and may relate to major current events, either the ceding of Gibraltar to Britain in 1713 (Treaty of Utrecht) or the Peninsular wars of the early 19th century. The earlier date would fit with the increased demand for slate as a consequence of the “great rebuilding” of the late 17th early 18th century thus prior to the increased production of the like of the Honister Mines or Elterwater quarries and the use of blasting.

In 1689, a geographer Mr John Adams built a hut on Skiddaw “of a sufficient size to contain his telescopes and optic glasses, whereby he was enabled to give a better description of the two counties; but being arrested by his engraver, and death soon following, his labours were lost.” The description of the site of the hut, “towards the northern extremity of this stupendous mountain where chasms of enormous depths in the bowels of the mountains, forming steeps of slaty silver, yawn upwards with frightful grin, and threaten to swallow inferior hills” tallies with the most northerly summit on the Skiddaw ridge, where, with a keen eye the vestiges of the footings of a wall about 4m long might be discerned adjacent to the modern cairn. 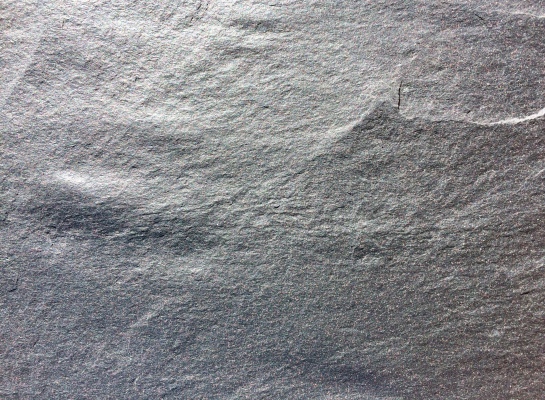 Revealing the feeling and knowing of place - the UK Lake District, and beyond

Blog for the University of The Highlands and Islands Archaeology Institute.