To Blackhazel Beck where no hazel now grows,

To lost rainforests of home.

And leaves as they unfurl, 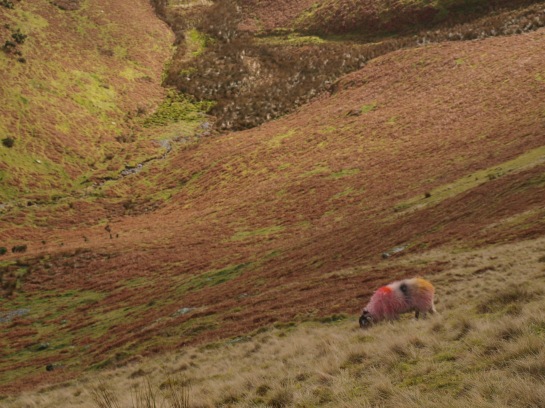 There is a change in the weather, we know so well,

Break over the fell

Footprints in the mist-dampening snow,

Time out of mind, cloven hooves of red deer

Above the treeline, away from wolves

Stalking through the woods 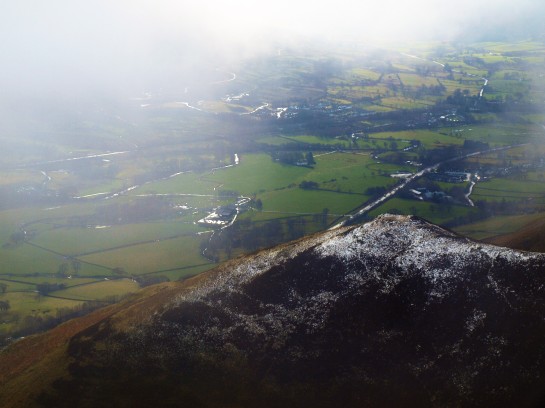 Where once the aurochs browsed

The meandering marshy  morass below,

Bears teeth around his neck,

Claws that once raked his arm

The river turns from sunrise to sunset

Returning  to the Whales water. 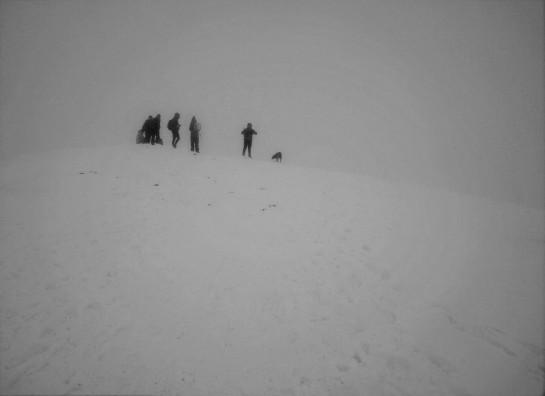 In mist and snow,

In park, on path

Released from the pen,

Free to roam but constrained on the fell

Close the gate when you leave, please.

Both crowned with barrows of ancient chiefs

Oak and elm their final bed,

Watch from a distance over park-life games. 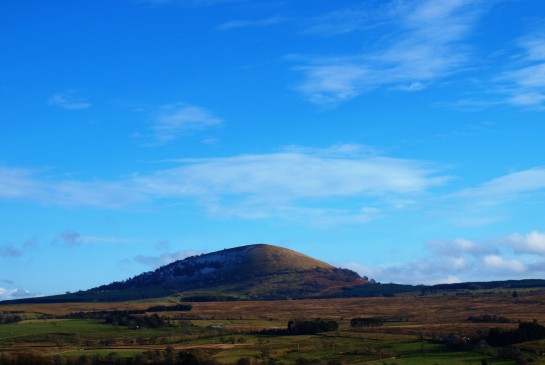 The primary influence on these musings whilst climbing Blencathra is George Monbiot’s recent book Feral, a treatise on the re-wilding of the environment.  Unsurprisingly he received a hostile reception from some Lake District farmers despite acknowledging there are many problems, cultural and social, inherent in the process and that the dispossession  of farmers is not the way forward. Whilst the Lake District National Park and National Trust have set to in planting up some areas with native trees, notably around less accessible ghylls and scree strewn slopes, there still remains a lot to be done. A notable success is Ennerdale, and Thirlmere is steadily loosing its green cloak of spruce.  Effectively these conservation bodies have preserved the picturesque qualities of a deforested landscape, where you can walk for hours and barely see any mammal other than sheep (and humans!), at the expense of the wildlife. Despite being quite fond of sheep myself they are desperately destructive, and have largely been responsible for the process of deforestation in the uplands  at least since the Bronze Age over  three thousand years ago.

George Monbiot argues that the present and former forests of the  western coasts of the British and Irish Isles are in fact temperate rain-forests. I would agree with this as I listen to the rain hammering on the roof. It can best be seen perhaps on the western coasts of Scotland where native oak and birch wood survive, festooned with massive growths of lichens and mosses. This makes the deforestation all the more destructive as the upland soils are rapidly depleted of nutrients, this has the knock on effect of increased run off, acidification, erosion and destruction of salmon spawning grounds. There were not always large areas of mire on the uplands!

The aurochs was a native form of cattle, massive bigger than modern domestic cattle something like a buffalo in size, it was hunted to extinction in Britain around the Bronze Age, although extant in Europe for longer and preserved in the Polish forests for the royal hunt until the last cow died in 1627. People have been influencing the landscape in the Cumbrian Mountains from the Neolithic Period and arguably earlier into the Mesolithic. Imagining the wealth of wildlife in that time, it seems that it would not be so hard to find your dinner. The burials mentioned on Great and Little Mell fells were from the middle Bronze Age around 12-1500 BC, brief notes can be found here and here. Their settlements may now be buried in the blanket bog on the west of these fells. There remains an Iron Age settlement still visible on the opposite side of the valley to Threlkeld, this may well have had roots in the Bronze Age.